The truly human society is a learning society, where grandparents, parents, and children are students together. – Eric Hoffer

It’s 7 in the morning and the alarm clock rings. Time to get ready. After eating breakfast, Nola goes out of her apartment and greets her young sleepy neighbors. She gets in the car and starts driving to the Fort Hays University in Kansas.

She’s right on time. It’s not late to learn. On her way to the classroom students and professors say hi with a smile on their faces.

It’s 8.30 AM and the Contemporary American History class begins. Nola loves this subject: she always participates and describes with clarity and great passion the events that changed her country’s historical evolution. Today the theme is the Invasion of Normandy, also known as the D-day, which occurred in June 1944.

“Yes, it’s true, the environment was restless, but the feeling of optimism was also widespread. Many people were hopeful that our intervention would change the course of World War Two and that the Allied victory would be achieved… Yes, I enjoyed that day a lot”, remembers Nola.

She celebrates her birthday every year, but long time ago stopped counting her age. “When I came up here of course I knew I was old, but I didn’t pay attention to how old I was”.

Nola fulfils all of her duties like any other student 70 years younger than her. She works on her laptop and writes her papers without letting technology intimidate her. On the contrary, she learned how to perfectly handle it. Her hands are not shaky; she took Art as an elective and loves to paint. It’s not too late to learn something new.

During the thirties Nola started studying at Fort Hays, but her family responsibilities interrupted her education. She started living on a farm and became mother of four, grandmother of thirteen and great-grandmother of fifteen. However, the yearning to learn never went away and returned to the university 74 years later.

In 2007, 95 year-old Nola got the Guinness Record when she became the oldest person in receiving a college degree —she majored in History with a 3.7 GPA . Nola wasn’t the only member of her family to graduate that day —her granddaughter, Alexandra, stepped on stage with her. 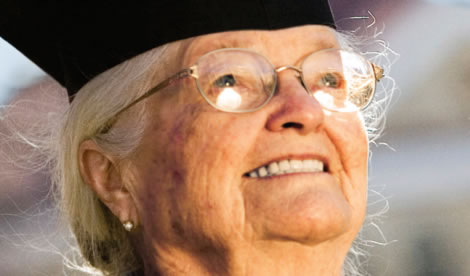 Nola continued studying and at age 98 earned her Masters Degree. She then became a Graduate Teaching Assistant in the History Department at Fort Hays State University and at 100 Nola started to write a genealogy book.

Nola Ochs is the living example that shows our education is never complete. Going to university was not compulsory at her age, but she wanted to learn and seize a second lifetime opportunity.

Learning is a never ending process and one of the many things that makes us human. Never lose the curiosity to learn something new… regardless of your age.

What makes a great teacher?

How Technology Enhances Teaching and Learning 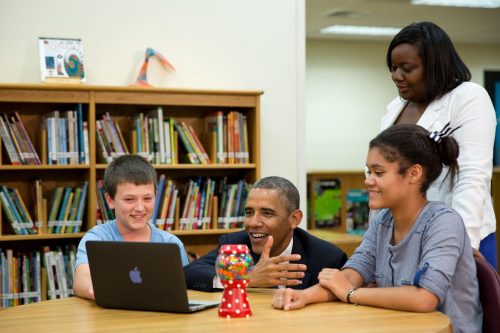 6 Ways To Power Up Your Online Learning Goals